Somehow even more offensive than the original! Is it because its very existence suggests many serious conference calls between studio executives and financiers, all of whom were looking for an advantageous return on investment?  Is it because its existence further suggests the involvement by an even more populous collection of actors, technicians, and union laborers, many of whom probably had serious qualms about re-shooting such a film and yet signed on anyway?  Is it because I still chose to watch this movie in spite of my own knowledge of and qualms regarding its production and promotion?

OR is it just because I watched the 1978 version with the non-stop Joe Bob Briggs audio commentary?
at 12:43 No comments:
Labels: 2010, The Highland Cinema is Decadent and Depraved 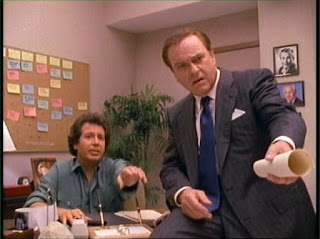 The question we have to ask ourselves is: Would you rather be an Artie or would you rather have an Artie?
at 21:09 No comments:
Labels: TV Party
Newer Posts Older Posts Home
Subscribe to: Posts (Atom)