The House By the Cemetery

Of the four of Fulci flicks I've seen so far, House By the Cemetery is by far mah least favorite. Now to be fair, I'll credit Big Lucy for his adeptness in creatin' a genuinely spook-tastic atmosphere and for givin' me the heebiest of heebie-jeebies during that scene where the screechy bat starts chewin' on that one dude's hand 'til he stabs it to death and makes it bleed Sherwin-Williams blood onto the kitchen counter, but when it comes down to it this picture is a lame-o slasher flick without enough gnarly effects to make up for a story that doesn't make a lick of sense. And could they have picked a more annoying voice-over actor to dub in for that blond-headed kid? Oof. I think not.
at 23:17 No comments:
Labels: 1981, Italiano, Lucio Fulci 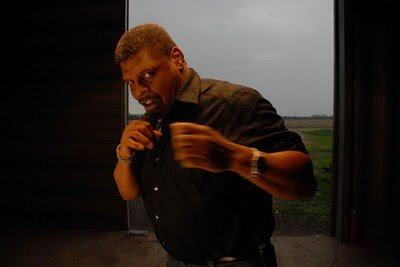 If there ever was a case for outlawing the sweet science of bruising, Facing Ali might be it. These guys went from real-deal heavyweight champeens to dudes so slurred we need subtitles just to understand 'em. Ouch.
at 12:55 No comments:
Labels: "Documentary", 2009, Sweet Science

Until the Light Takes Us 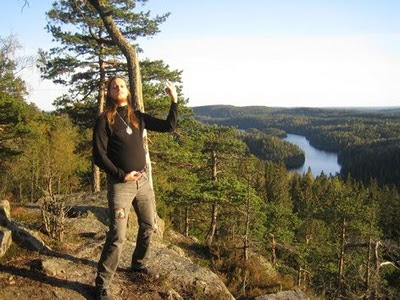 Norwegian Black Metal? Don't we all know this by now? You want to talk about Darkthrone instead? Alright!
at 09:44 No comments:
Labels: "Documentary", 2009, It's Rock and Roll and the Message Is... 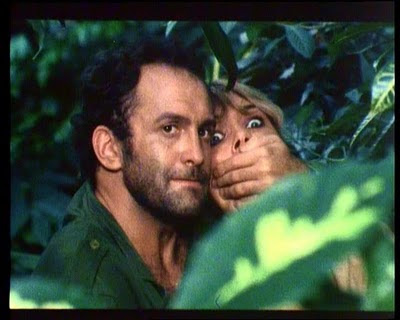 While you'll be surprised that director Umberto Lenzi had the gall to combine religious cults with topless cannibal gore so soon after Jonestown, you'll be seriously fucking flabbergasted that the people of New Guinea never sued the guy for defamation. Good lord.
at 08:10 No comments:
Labels: 1980, Cannibals, Italiano, Umberto Lenzi

So I think the story's got something to do with a hotel that sits atop the Gates o' Hell, but if ya ask me all you need know about The Beyond is there's this five-minute scene where tarantulas gouge out a man's eye, eat his tongue, and then tear the shit out of his face. I haven't squirmed that much since I watched the circumcision episode of that Penn & Teller show. Outstanding!
at 08:10 No comments:
Labels: 1981, Italiano, Lucio Fulci, Undead 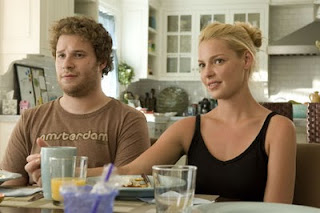 Some time ago I got it into my head that comedies weren't real movies and that there was no way I was gonna waste my time on 'em no matter how many fawning Terry Gross interviews I heard. But now that I watched the Knocked Up on the tv and found it pretty great, pretty funny, and pretty well-made I guess it's time I admit I was wrong. Damn.
at 22:59 No comments:
Labels: 2007, Judd Apatow

Hey, don't listen to them talking heads, 2009's best films were clearly this one right here and Bobby Goldthwait's World's Greatest Dad. Seriously, nowhere have we ever found such an entertaining collusion of exploitation, brutality, sportswriterly romanticizin', and sheer motherfucking thuggery as in this ninety-minute pugilisticacious gem. James Toback, you are forthwith known as the AJ Liebling of the new millennium. Bravo.
at 23:33 No comments:
Labels: "Documentary", 2009, Sweet Science 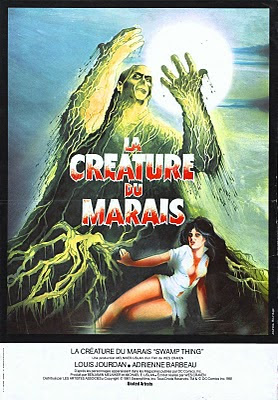 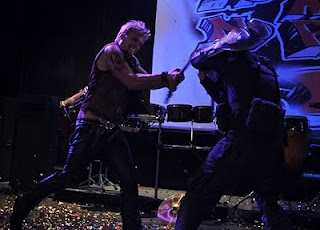