Remember that scene in Get on the Bus where the Muslim guy confesses how he smoked them fools back when he was gangbangin' and then cop sitting next to him says, "Yeah, that's nice you turned your life around and straightened up, but once we get back to L.A. I'm booking you into county"? Remember that? How you felt like the cop was being a dick, but also how there's no fucking statute of limitations on murder and how you wouldn't want a killer to skate no matter how much he'd reformed? The final scene in Tsotsi is kinda like that. The kid's a cold-blooded murdering thief, but, yeeaaaah, he did shape up a little bit when he had to take care of that baby. You know, the baby who's mother got shot just so Tsotsi could steal her car!
at 07:37 No comments:
Labels: 2005, South Africa

What is this, Psych 101? We thought a movie about amputee fetishism would be icky and mean, but "Body Dysmorphic Disorder"??? Booooo-riiiing.
at 22:51 No comments:
Labels: "Documentary", 2003

Part Kramer Vs Kramer and part Catch Me If You Can -- inoffensive, fun, and a good story played well, but if it wasn't a part of an Easy Riders, Raging Bulls milieu we'd probably just think it cutesy cornball schmaltz. The father-daughter team of Ryan and Tatum O'Neal have understandably great chemistry together, the hundred and twenty minute runtime is perfectly shot thirties Americana, but, really, it's a movie about a little girl and a heartless grifter who learn a little bit about life but a lot about how to love one other. Come on.
at 14:52 No comments:
Labels: 1973, Peter Bogdonavich

You know, seeing a real movie is fucking great. Say it with us now, "a real movie" -- one that's not about focus groups and bullshit soundtracks and explosions and blockbuster actors. One that's not making anyone money or launching a career or about to fall prey to a studio's desperate Oscar campaign. One where every character has depth and pain and sadness and hope and a goddamn history so heart-wrenchingly real and true you catch yourself smiling as the tissue soaks up your tears. One where each and every second builds on each and every other one that came before it. One that could've only come from the master, John Sayles.
at 22:57 No comments:
Labels: 2007, John Sayles

Standard issue no-daddies/gang warfare flick a la Baby Boy or any number of the post Boyz in the Hood outpouring, only City of Men mixes it up by sharing the Sex in the City movie's modus operandi.

Made us think about our dads. Then about ourselves. Hey, was that Toni Basil?
at 22:23 No comments:
Labels: 1970, Jack Nicholson 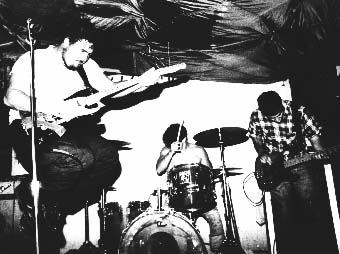 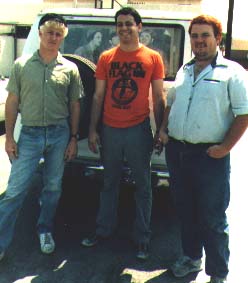 Live Buttholes from '85. We like their early '90s "rock" output more than their rambling shambling peeing in a whiffle ball bat Touch and Go catalogue, but we wanted a taste of that acid-drenched '80s live show and this is the only thing available. Cool to have something, but this one's kind of a letdown since it's all tribal bash-bash drumming and guitar noise and none of the strobe lights and penis surgery footage that put these guys on the map. The seizure inducing stuff and smoke machines are what did it, right? No one really liked the vibrato arpeggios did they?


Hmm. Well, it's still pretty neat to see a group of complete lunatics make such a racket for such a sizable crowd. Coolest part for us was how Paul Leary comes off like the band's big swinging dick; up on stage with short hair and slacks he takes on a whole slew of lead vocals where he just screams his fucking head off, all the while playing nothing but great, frantic, feedback-laden guitar solos. Sure, he hasn't fully realized his sustained, delay pedaled genius this early in his career, but it's pretty easy to see that he (and, heck, everyone) was committed to creating some of the strangest music you'd ever heard. "Frontman" Gibby Haynes is a hollering, saxaphoning lunatic, a guy that's either on his way to pathetic drug-damaged paranoia or is a free-form avant garde genius. And the rest of the guys? Solid basslines and mirror imaged drumkits lay down churning, pounding repetition. And then some guy plays a tuba. All of this concert footage really shows off the band's damaged frenzy, but knowing the full-on media assault they were known to put on just a year or two later you leave feeling kinda cheated.

And speaking of cheated, did you know that in '99 the band pissed off every single cool person by suing their former indie record label? Now they're trying out some reunion gigs, but will anyone even want to go? If they come to our neck of the woods, we'll think about it.
at 16:21 2 comments:
Labels: It's Rock and Roll and the Message Is...
Newer Posts Older Posts Home
Subscribe to: Posts (Atom)