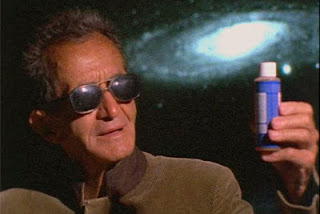 Bukowski -- Born Into This 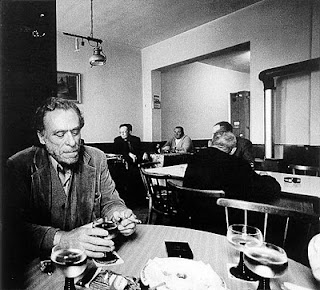 I don't like to say that my father drank himself to death because I feel like that implies agency, like Dad set out and to kill himself with booze rather than what actually happened, which is that he plain gave up and drank Miller High Life until his body did the same.

And that last part, it's probably the biggest reason I'm here on the Highland Cinema today. It's why I was so excited to see the Mentors a few years ago, why I search "most disturbing films" in Google whenever I reactivate my Netflix account, why I can never muster up the nerve to call a girl.  All because of my dad.  It's why I watched No Direction Home or bought Cat Stevens' Catch Bull at Four or why I tried to read a book on Richard Nixon.  For years without me knowing it, Dad was the reason I couldn't help but put up defense mechanisms and deflate your enthusiasm with cynicism.  He's why I felt it necessary to convince myself that the reason I bought used copies of Ham on Rye, Post Office, and Women wasn't because I couldn't pull myself away from sad, middle-aged alcoholics, but because I thought that Jon Daly and his Bill Cosby Bukowski character were just hilarious.  Seriously....Jelloems?  My God.  Inspired.

If Bukowski had genius, it was in his fearlessness, a fearlessness that was rooted in defeat and completely without bravado.  His finest moments are exercises in emasculated machismo: waking up and vomiting stomach acid into the bathroom sink or pulling out and telling her you can't cum because you're just too fucking blitzed, hon. Bukowski's charm is this gallows humor, the matter-of-factness with which he celebrates a homely woman's fat ass or talks back to his boss as he's getting chewed out about his far too frequent trips to the water fountain.  Bukowski was prone to rambling and incoherence, but that's why we remember him.  We like that he was a self-professed dirty old man who drank beer by the case and spent his nights in front of a ramshackle typewriter in an even more ramshackle welfare hotel.  His adult existence was rejection letters and soulless shifts at menial jobs.  But that's what gives us hope.  Maybe someday our own brooding and half-ass will could amount to something so great as literary fame and fortune.

But then there's the mean-spirited sorrow of Charles Bukowski, a bleary-eyed insensitivity and inadvertent nastiness that make me want to take back everything I just wrote.  There's the way he calls his girlfriend a bitch and a fucking whore while they're in front of the cameras.  Or the way he opens his mouth and makes me nervous that his staggering intensity is about to trap me in a conversation peppered with bloodshot glares and sweaty finger pointing.  Born Into This shows us Bukowski slur his way through horrible poetry readings while co-eds and burnouts cheer him on and he sucks down Screwdrivers. These scenes are book-ended with footage of agents and sunglasses-clad celebrities who speak with a glowing fondness for Bukowski's legacy as a drunken Bard of the Los Angeles streets.  The whole time I can't help but think of the sadness and pain he'd gone through.  I can hardly get over how offensive it is that anyone could mythologize or encourage such hurtful and melancholy behavior.  It's almost unbearable.

But even after all of that I still feel a romance for the lonely alcoholic, awake and creative at one in the morning.  Which is why tomorrow I'm still going to buy Factotum even though I didn't like Ham on Rye, and I thought Post Office was just okay.

Here's my favorite passage from Charles Bukowski.  From the final two paragraphs of chapter thirty-eight of Women, published in 1978:

That night she drank half a bottle of red wine, good red wine, and she was sad and quiet.  I knew she was connecting me with the racetrack people and the boxing crowd, and it was true, I was with them, I was one of them.  Katherine knew that there was something about me that was not wholesome in the sense of wholesome is as wholesome does.  I was drawn to all the wrong things: I liked to drink, I was lazy, I didn't have a god, politics, ideas, ideals.  I was settled into nothingness; a kind of non-being, and I accepted it.  It didn't make for an interesting person.  I didn't want to be interesting, it was too hard.  What I really wanted was only a soft, hazy space to live in, and to be left alone.  On the other hand, when I got drunk I screamed, went crazy, got all out of hand.  One kind of behavior didn't fit the other.  I didn't care.

The fucking was very good that night, but it was the night I lost her.  There was nothing I could do about it.  I rolled off and wiped myself on the sheet as she went to the bathroom.  Overhead a police helicopter circled over Hollywood.