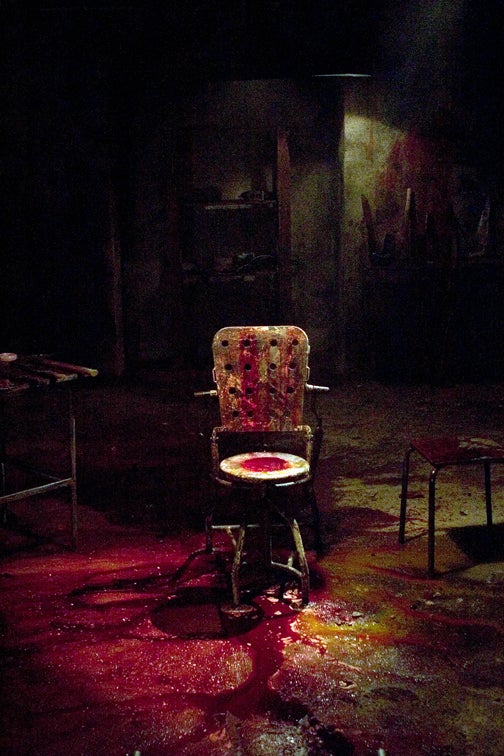 More like Hostel II: Electric Booga-ewwwww. The Cinema actually liked this one a little more than the original, probably 'cause we had no expectations other than it'd be really bad. Once we got into it, though, we noticed ourselves taking perverse pleasure in how it was increasingly cementing a new horror movie franchise, a "Hostel" trademark style of film that would give us an endless number of similar but different stories. Hostel II never felt like an in and of itself movie or one that could stand on its own as a veritable classic, but it succeeded in opening up many a possibility of future story arcs. Much of the plot focus had shifted to the sadist clients and their eBay style bidding wars, but we saw even extra potential in the in the know townsfolk out to warn the Daddy's-money spendin' tourists. Sure, both the gang of street kids and the Satanic ritual killing of Heather Mats were over the top updates on conventional gimmicks instead of genuine terror, but we thought the end result was a Saturday Night at the Movies story of grisly revenge that had us wanting more of those cliches and conventions we horror fans hold so dear.
at 20:06 No comments:
Labels: 2007, Eli Roth, The Highland Cinema is Decadent and Depraved 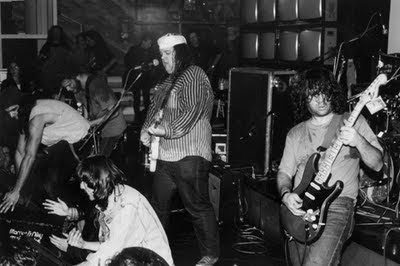 Sure it's just another self-serving musical "documentary," but given our predilection for heavy duty rawk n roll and the '80s indie scene, Busted Circuits was a home fuckin' run. We're convinced Tad would be the Greatest Band of All Time had we been temporally fortunate enough to see 'em live and in the flesh, but now that we're somewhere twelve to twenty-two years after the fact we'll NEVER get into Tad at all. Not that we won't drop a "bad-ass!" when we hear that "Wood Goblins" riffin' or see them onstage Jazzmaster headbangs, but there's something missing for the Cinema, something we can only put our finger on as a Here and Now component. Tad is still cool, clever, and Grunge, and we wholeheartedly commend their legacy, shoulda-been legendariness, and "duuuuude" enabling heaviosity, but without the prospect of performance and products we have to put 'em next to David Yow and company in the Almost Hall of Fame.
at 21:58 No comments:
Labels: "Documentary", 2008, Hype, It's Rock and Roll and the Message Is...

Remember when we drove down to Arroyo Grande to see this opening night and it was sold out so we went to that bar in Pismo Beach instead and our friend tried to hook us up with that middle aged lady while a bar band played Ozzy covers? And then how we called up our bros later that week and they'd all caught Hostel without us? We weren't that heartbroken 'cause we were still looking forward to all the other sleazy horror flicks coming down the pike, but we're sure we'd have loooooved this Eli Roth torturefest oodles more had we caught it in its first run.
Watching Hostel the other day, the Highland Cinema was struck by how...well...just plain not good it was. We know we're tough to please (and tough to gah-ross out), but we expected so much more from this thing, 'specially considering its legendary hype. We were actually let down by the lack of torture (confined to the second half!) and to the not so squirmishness of the much-lauded blowtorch/tin-snips/buckets of pus eyeball scene. Funny enough the stuff that impressed us most was the wince-worthy Achilles heel slicin' and the super street cred Miike cameo. Hostel's notoriety is still well-deserved, even in the middle of this Saw world it helped spawn and the Last House world it helped resurrect; just that something this repulsive got a major studio release is a thing for the record books. And speaking of repulsive, the thing that bothered us the most? The film's overt Maxim-linity wherein pompous, unsophisticated, arrestedly developed college fucks drink and screw their way through Europa. What a bunch of douchebags.
at 17:22 No comments:
Labels: 2005, Eli Roth
Newer Posts Older Posts Home
Subscribe to: Posts (Atom)